Drawing three cards from a nine-card deck involves the combination formula: a way to calculate the total number of combinations where the order of the cards within each combination does not matter.

The forumla to calculate combinations is:

In Hero of Weehawken the formula becomes:

This can also be read directly from Pascal's triangle. Next to last row, showing possible combinations of 0 through 9 items selected randomly from a nine-item set. 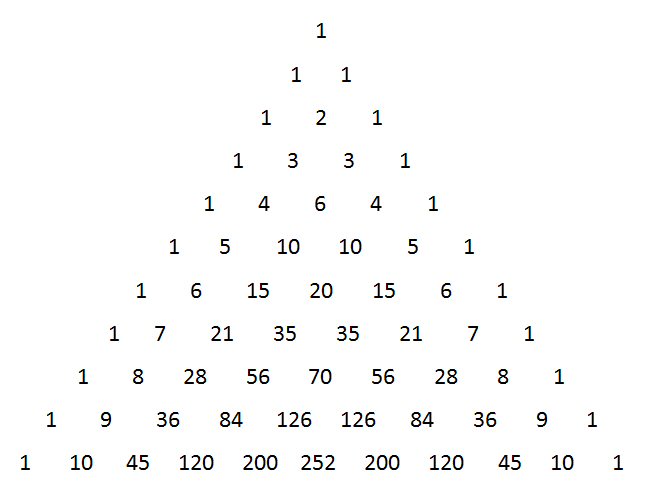 The above variant conspiracy combinations chart greatly reduces the impact of Theodosia on the conspiracy and evens out the chances of each plan occurring (with slightly less at the ends of the range). In this variant, the likelihood of Burr settling the Ouachita valley is the same as for a coup d'etat. Historically he was tried for VI (Detach Western U.S.) but his actual goal was most likely IV (Invade Spanish Southwest).

Plans are assigned to each combination based on the following assumptions:

Guilt level of all combinations

Consim Comment is a gaming blog written by Robert Morss on wargames, vassal modules, and the occasional sports sim. Contact via geekmail to comment or request a match. Please do not post vmod files from this site anywhere else.